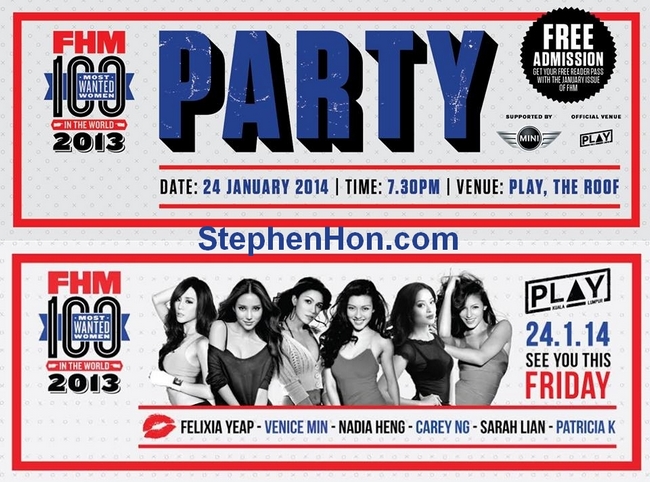 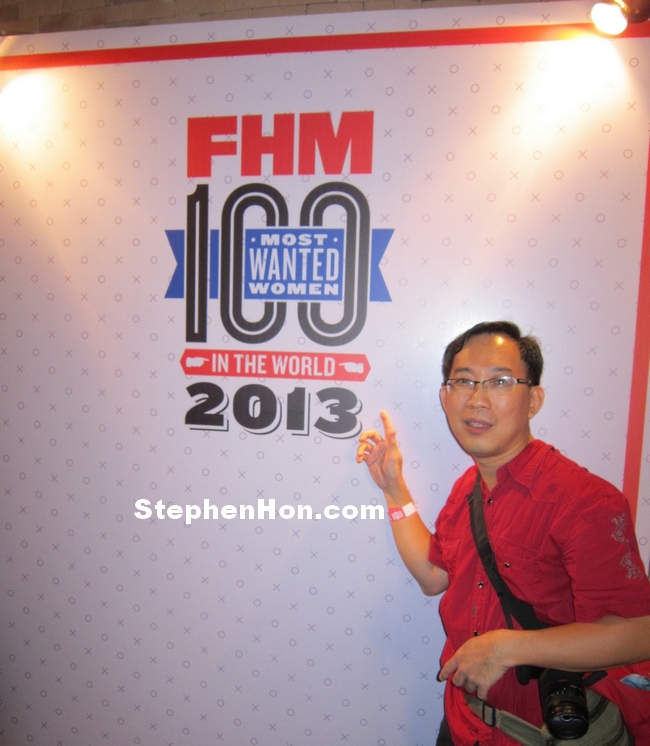 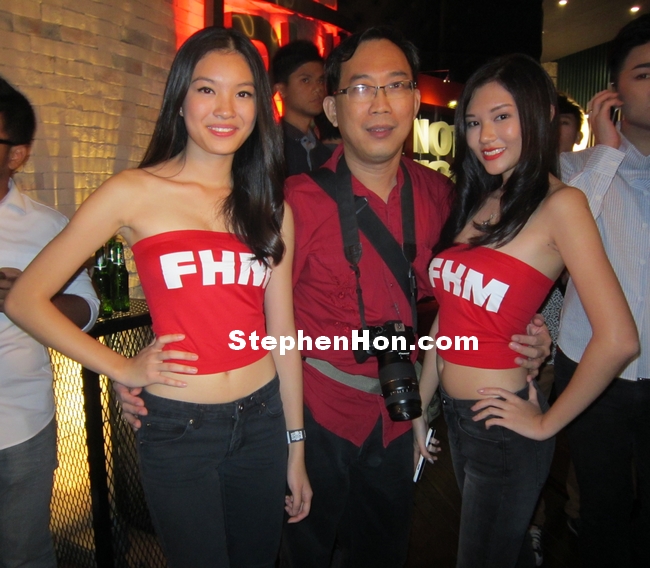 I was on the way back to my hometown. While stopping at a petrol kiosk, this magazine have caught my attention! The reason….. there is a free ticket on it that allow me go to a party on January 24th, 2014. Without thinking much, I bought the magazine.

Immediately then I called up a friend to ask him if he aware of the FHM 100 Most Wanted Women In The World 2013 party. He said he did and have bought the same magazine as well. The reason I called him is to make sure that he will be there as I need a friend that can help me to hold the camera for me when I post with some models.

I love this petrol kiosk as it is always the only kiosk that have always have some extra FHM magazine for me when I needed it the most.

I always have difficulty to get this magazine on bookstore and it going to sell out fast like hot cake every time new one being launched to the market. I won’t tell you which petrol kiosk as you all will be rushing there when you need the one with free entrance ticket of FHM activities. When this happened, I will be left out when I really need to buy the magazine. Sorry…

Well what I can tell you is ….. you need to put in some effort to get what you want. No such thing as free lunch right? Even there is a free lunch, you need to be there to get it. There are so many bookstores, 7-11 kiosk and petrol kisok for you to check it out. I am sure you can get it when you really out to go for it! 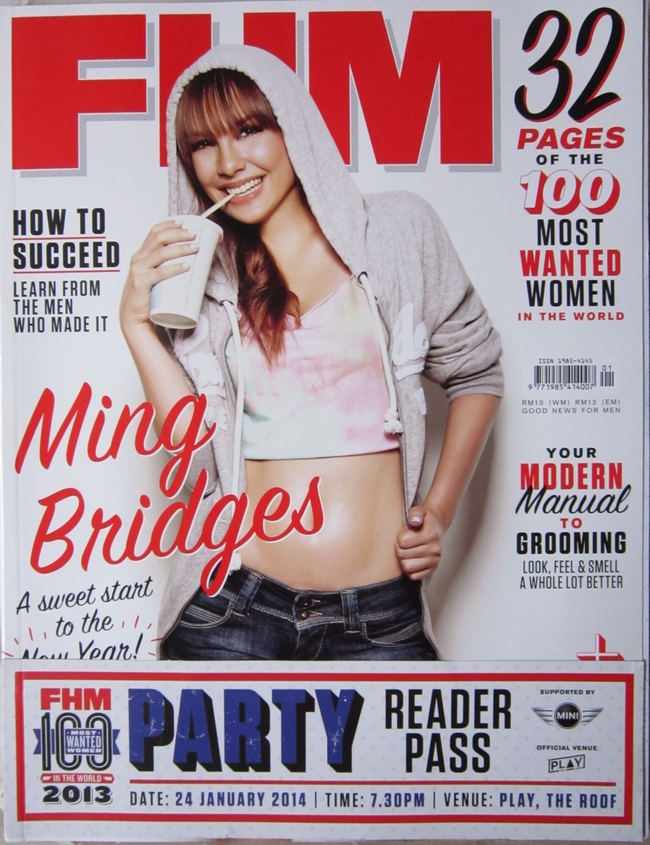 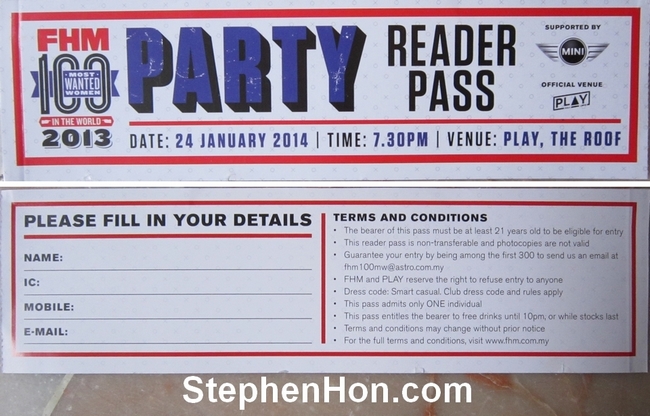 FHM 100 Most Wanted Women 2013 Front And Back Portion Of The Free Entrance Ticket.