Bill Gates in a restaurant. After eating, he gave 5$ to the waiter as a tip. The waiter had a strange feeling on his face after the tip.

Gates realized & asked, “What happened?”
Waiter: I’m just amazed because on the same table your son gave tip of 500$…. and you his father, richest man in the world ONLY gave 5$…?
Gates smiled & replied with meaningful words, “He is son of the world’s richest man but I am the son of a wood cutter…. “

Never Forget Your Past. Its Your Best Teacher. 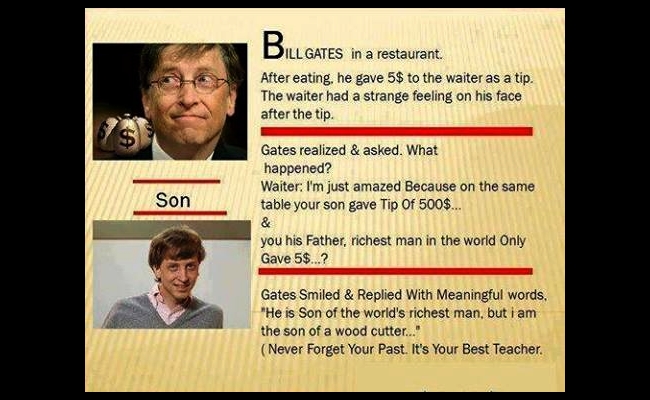 UVioO – Bill Gates Donates 27 Billion 2012 Interview.
UVioO – Bill and Melinda Gates: Why giving away our wealth has been the most satisfying thing we’ve done…