The Night The Earth Moved

The night the earth moved – Analysis | The Star Online

IT was a night when the earth moved as one Barisan parliamentary seat after another tumbled and shortly after 11pm last night, Tun Dr Mahathir Mohamad declared that Putrajaya had fallen to the Pakatan Harapan coalition. The 93-year-old leader has stepped into a special place in Malaysian history, making a comeback to the job he left 15 years ago.

The Nation’s Date With Destiny

9th May, 2018 (Malaysia GE14 Voting Day) => While Malaysian the nation busy que up to vote at all the polling stations throughout the country I have found a nice article from The Star that worth to share.

The nation’s date with destiny – Analysis | The Star Online

PETALING JAYA: As Malaysians go to the polls today, the wait begins for what the most keenly fought general election ever will bring. The earliest results are expected by around eight tonight.

Read These Before Voting GE14

Main stream media (Newspaper, TV) are controlled by the government and you will not get the actual news on opposition?
Read from these sites, analyse (What is right? What is wrong? Who is right? Who is wrong?) on your own and decide who you will going to vote on Wednesday, 9th May, 2018 polling day.
Highly recommended as you never ever seen or heard it on Main Stream Media. The other side will not want you to know and wish that you never discover it?

May 9, 2018 is the third time in Sabah history to return power to the people 1976 and 1985, when Sabahans “tukar baju”. Historian Lord Acton has rightly said the “Power tends to corrupt, and absolute power tends to corrupt absolutely”, and this is best illustrated by the 55-year history of Sabah since the formation of Malaysia in 1963. 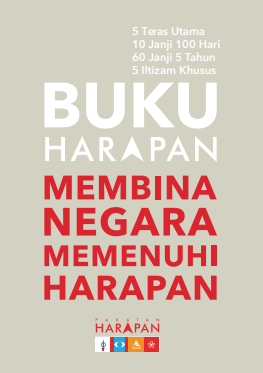 I have read from newspaper, watched TV news and watched TV talk show by political analysts and political leaders (where most of them pro-government) about “political tsunami”
All of them agreed and came to conclusion “There is no political tsunami going to happen!”
I wondered if they really understand the word “Tsunami” and the cause of “Tsunami”? I don’t think so.
To them, they saw a lot of supporters on their ceramah and welcoming greeting face by face with voters showed no sign of tsunami?
If we back to nature and analyst the cause of tsunami, no one knew it going to happened until it really happened and reach the land? What is remain calm on the sea surface does not mean that non movement at deep sea bottom?
How can all the political analysts and political leaders knew when GE14 polling day not even started? If so early let you know is call tsunami meh?
They will only know if tsunami happen or not when the votes are being counted. If BN (Barisan Nasional) have more votes than Pakatan Harapan then it is confirmed no political tsunami ever happen.
If the count show most oppositions have lead than BN then political tsunami have it effect. That it! It is simple as that.

Six political tsunami in the 14th General Elections on May 9

I hope to see six tsunamis to effect the first change of Malaysian Government in Putrajaya in 61 years in the 14th General Election on May 9, 2018. The six political tsunamis are: ·Urban tsunami; ·Rural tsunami; ·Sabah tsunami; ·Sarawak tsunami; ·Women tsunami; and ·Youth tsunami.

We Can Witness The Tsunami Happened If We “Vote Pakatan Harapan”

Just for your information you can read more on the Tsunami below and how it happen in term of science.
It quoted “Tsunamis generated in the open ocean appear to be only small waves, but they can grow rapidly in size as they reach shallow water before crashing into seacoast settlements. Waves up to nine meters high have been recorded on numerous occasions, and tsunamis up to 30 meters high are believed to have occurred in the past.“

What Causes a Tsunami?

A tsunami is a series of large waves generated by an abrupt movement on the ocean floor that can result from an earthquake, an underwater landslide, a volcanic eruption or – very rarely – a large meteorite strike. However, powerful undersea earthquakes are responsible for most tsunamis.